ALERT: VEI requires face masks and does not allow additional persons with patients at this time.

At the Virginia Eye Institute, we believe in sharing our knowledge, expertise and time with those who are in need in our community. Below, you’ll find some of the outreach programs we participate in.

Artist of the Month 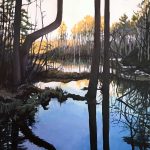 VEI is excited to announce Richmond-based painter, Donna Frostick, as our Artist of the Month for September! Donna is a native of Richmond, Virginia, with a BFA in Painting and Printmaking from Virginia Commonwealth University. An artist in residence at Crossroads Art Gallery, Donna’s work has been represented in dozens of juried, invitational and solo […] 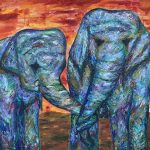 Richmond based artist, Faith Rowland, specializes in abstract oil painting displaying a strong understanding of color. Her love of animals and nature inspires much of her bold paintings. With a background in dance, special effects makeup, woodworking and fine arts, Faith believes art can happily bring people together. Much of her creativity is brightly captured […] 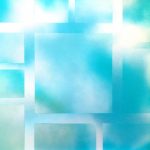 Max Perry is a painter, animator, illustrator and filmmaker based in Richmond, Virginia. He is a graduate of Roanoke College (BA), Virginia Commonwealth University (BFA), and American University (MFA). Since 2009, he has exhibited animated short films internationally which have been well received at film festivals around the world. In addition, he has been self […] 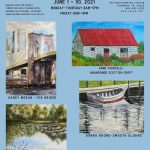 James River Art League (JRAL) is a 501(c)(3) nonprofit organization of more than 130 juried member artists from throughout Central Virginia. Our goal is to encourage the creation and appreciation of the visual arts. We provide our member artists with motivation, association, and continuing education through programs that feature qualified artists and art professionals, and […] 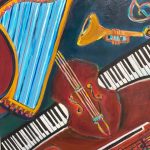 We are excited to announce our Artist of the Month for May 2021, Karen Roodman! Karen is formally trained as a dancer and kinesiologist and is a self-taught painter who brings her passion for movement to the canvas. Her impressionistic paintings use bold color to render the beauty of nature and city scapes. Karen was […] 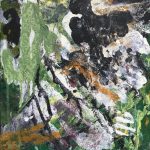 Artspace is a non-profit gallery for the visual and performing arts promoting the understanding and awareness of contemporary art. Artspace began in 1988 as an association of artists interested in exhibiting their work and providing a space for other artists to reach a wider audience in the greater Richmond, Virginia area. Since then, Artspace has […] 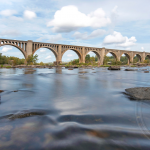 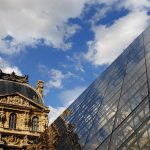 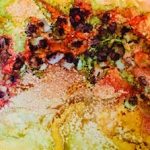 Dani was born outside of London, England, and grew up all over the Northeast. After earning her Bachelor in Art History and English Degree at Randolph Macon College, she settled down nearby in Richmond, Virginia to marry her high school sweetheart and build her family. She earned her Master’s degree in Counseling at the Medical […]

GLEANING FOR COLLAGE FROM THE GUTTER TO THE GARDEN is a freeing creative experience for an artist, as anything goes! The artist is not restrained by the limits of any one media or the rules that might be imposed by formal standards. In the process of creating, one’s imagination can run in many directions resulting […] 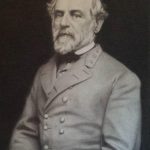 We’re excited to announce our Artist of the Month for March, Jayson Walton! “My works are inspired by the skills of the great masters of the past. I explore painting, philosophy and world history through the disciplines of drawing and painting. I use traditional materials to capture movement, life and emotion. I seek to create […] 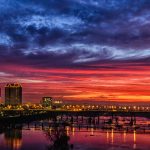 These six friends are all passionate about fine art photography and taking their photography and printing skills to a higher level. To that end, they have become active in a group of like-minded area photographers who meet monthly as the Focus Group Camera Club. Founded in 1989 by Bob Coles and two other Richmonders, FGCC […] 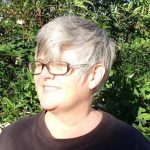 Born and raised in Richmond, VA, Dana Frostick studied at VCU in the 1980s majoring in sculpture, but painting and drawing have always been her primary forms of expression. Her work has won awards in juried shows and at venues in Richmond and around the United States and she has exhibited her paintings in over […] 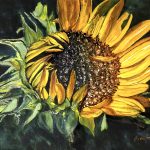 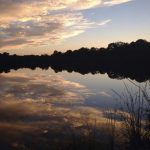 My passion for photography started at a young age. The first photograph I remember taking was of my mother and father at the park when I was a child with an old Brownie camera. Many things have changed since then in the field of photography. My love and passion for the art of photography has […] 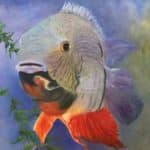 Recognized by her -V-, Vickie A. Hines has lived in Richmond, Virginia her entire life but frequently travels in the U.S. and abroad where she receives inspiration for her paintings. She retired early from corporate America and began taking art classes. Today she continues to study from notable artists and enjoys exploring different techniques of […]

Ellen Davidson is a photographer based in King William County, Virginia. Since 2001, she has become known for nature and landscape photography. Ellen is also a professional pharmacist, horse trainer, dog-rescuer, and amateur dancer, both ballet and ballroom. Ellen was born and raised in Virginia, living most of her adult life in the Tidewater area.  […] 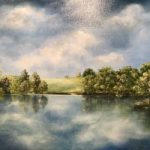 The Tuckahoe Artists Association was founded in 1971. Originally, membership was drawn from the Tuckahoe Woman’s Club located in the west end of Richmond, Virginia. Currently, the organization has about 55 members including active, associate and honorary members. Membership is drawn from diverse sources in the metropolitan area and consists of established professional artists, as […]